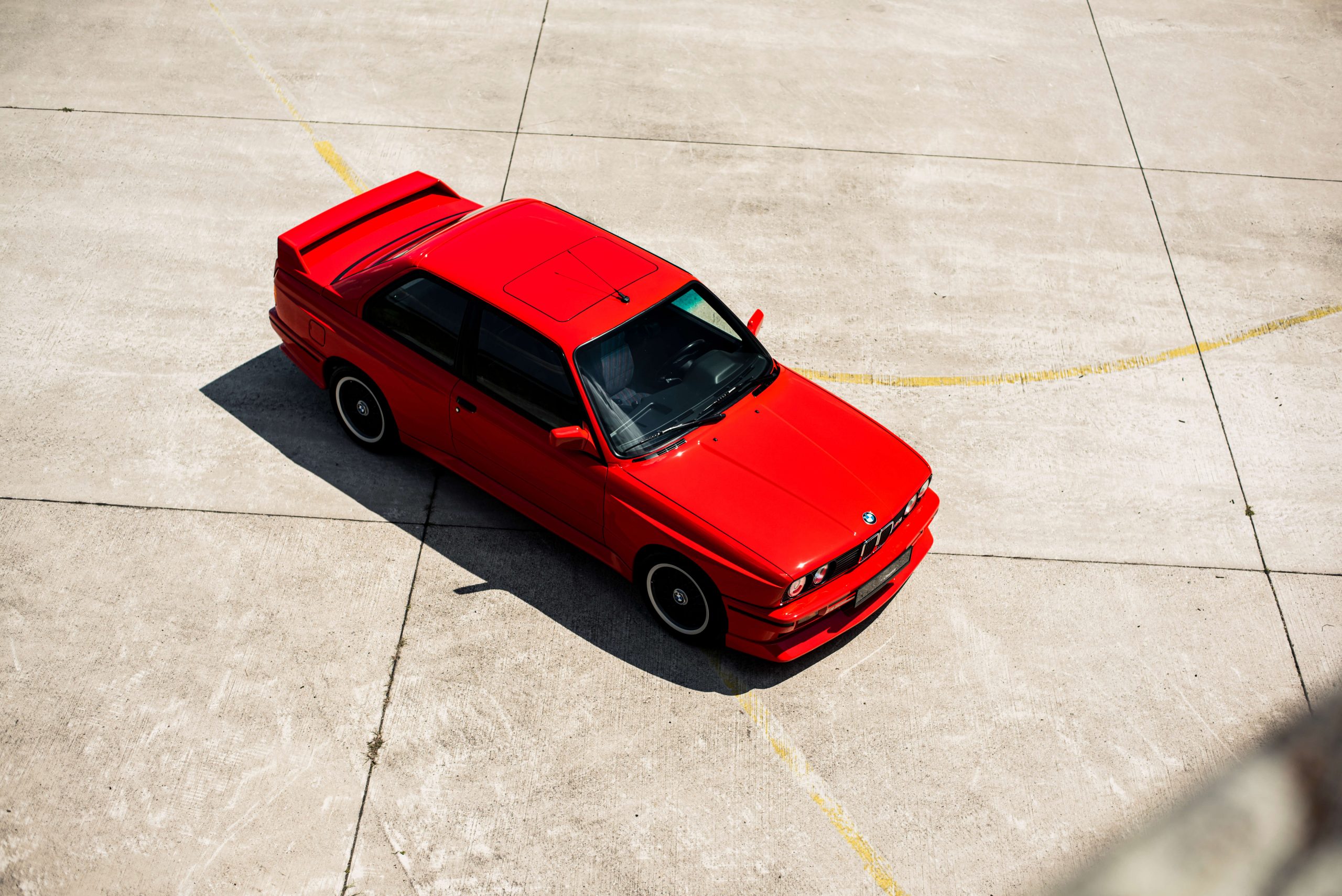 The BMW M3 from 1986 was the first of its kind and came straight from the Motorsports world. Thanks to its numerous wins in the touring car championships the E30M3 quickly became one of BMW Ms most iconic cars! The idea was simple: to create a sports coupe that would be enjoyed on the road, as much as on the racetrack. As a homologation vehicle for the touring car championship the M3 was first produced in 1986. From the standard E30 models only the doors and the roof were used for the M3, everything else was redesigned and fitted into the M3 using high-tech motorsports know-how.

Without using 6 cylinders or turbochargers the initial M3’s made up to 200HP. Based on the 2L 4-cylinder engine from the previous 3 series, the S14 engine was completely reworked. The displacement was increased to 2.3L and a four-valve head was integrated. This technology had proven itself successful before, as seen in the M88 engine, powering BMW’s mid-engine supercar, the M1.

Although the E30 M3 is arguably the most wanted and desired M3 today, BMW also created a few special editions. As part of the 18.000 built M3s were the limited “Cecotto Edition M3”, of which only 505 were built, and out of those 25 “Roberto-Ravaglia-Edition” for the British market. To celebrate Johnny Cecotto’s great success in the touring car championships BMW created this limited edition of the M3, using the front and rear spoiler of the M3 Evolution II and housing the S14 with 215HP under the bonnet!

Johnny Cecotto’s success in winning races in the DTM world was no coincidence, as he had already been on the track for years. Unlike many other racing drivers Cecotto was able to find success in the top racing competitions both on two and on four wheels. In 1975 Cecotto became the youngest motorbike world racing champion at the age of 19, unfortunately his career was put to halt because of some injuries and mechanical failures. Later on, at the age of 24 Cecotto turned his attention to auto racing and reached the highest point of his career in formula one, before competing in the touring car championships.

Racing for BMW, Cecotto collected three championship titles, as well as numerous single race victories. In 1990 Cecotto came very close to the ultimate title in the DTM, until Michael Schumacher pushed him off track during the very first lap of the season finale. Arguably one of Cecottos most celebrated race cars today is the “FINA” M3 with which he took off in the DTM season of 1992. In this season, at the infamous Nürburgring Nordschleife Cecotto fought one of his most legendary battles, competing against Klaus Ludwig in the 190E Mercedes.

The top 5 positions in this season were taken by no other vehicles than Mercedes’ 4 cylinder powered 190Es. Although Cecotto was able to take the lead in his M3, the hoard of Mercedes that was chasing after him were not far behind. Throughout the entire race Cecotto had to fight for the top position, continuously attempting to overtake and being overtaken by the 190E drivers Klaus Ludwig, Keke Rosberg, Bernd Schneider and Kurt Thiim.The battle stretched out during the full duration of the race. While Ludwig was able to gain the lead in the straight parts of the track, Cecotto could win back his position in the tighter corners, until eventually Ludwig won the race by about half a car’s length!

For many fans this time of the DTM remains one of the most memorable and for all BMW enthusiasts it should certainly thrive their passion for driving. Until today the E30 M3 has won more road races than any other model in history, remaining the most successful BMW road race car of all time.

Thanks to the fantastic work of Mint Classics this stunning M3 Cecotto has been presented in an immaculate condition. For the video production of “Back to the roots” Mint Classics was also able to source the original DTM M3 from the 1992 season. 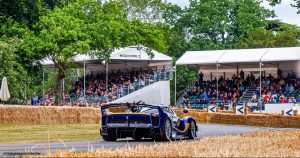 GOODWOOD FESTIVAL OF SPEED 2022 – Battle of the Hypercars

The Festival of Speed was back in full force after the long covid break attracting thousands of car enthusiasts from around the world to the historic racetrack in the south coast of England. The theme of for year’s annual event was ‘The Innovators – Masterminds of Motorsport’, which was carefully thought about to display some of the finest cars from each era and showcase their technical advancements in the racing automobile world.

The smell of fuel and burning tyres for petrolheads is music to their ears and the four day event can be considered to be the equivalent of the Glastonbury music festival, with the car parks opening their doors at 6:30am, and the sound of engines revving late in to the evening.

The weekend attracted the biggest names from the motoring world including Sir Jackie Stewart, Jenson Button, Nigel Mansell, and Damon Hill to name a few, as well as celebrities such as Ex footballer David Beckham and famous chef Gordon Ramsey, both of which have their own well regarded car collections.